Child Care Workers Are Now a Mighty Force With a Huge New Union. It Only Took 17 Years. 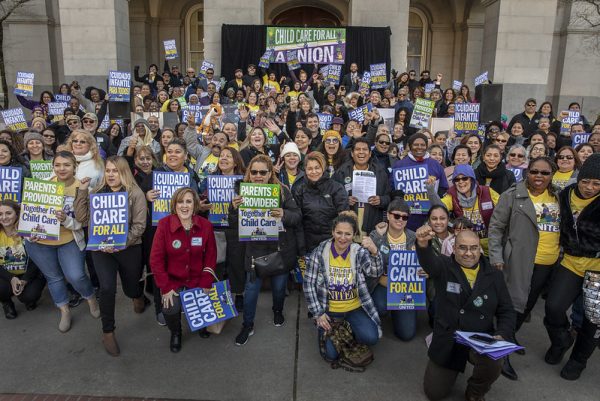 A 17-year organizing campaign in California culminated this week in the successful unionization of 45,000 child care providers—the largest single union election America has seen in years. The campaign is a tangible achievement that brings together union power, political might, and social justice battles for racial and gender equality. Now, the hard part begins.

Child Care Providers United (CCPU), the umbrella group now representing workers across the state, is a joint project of several powerful SEIU and AFSCME locals in California. Those unions divided up the state by counties, and workers will be members of either SEIU or AFSCME depending on where they live, as well as being members of CCPU.

The stage for this week’s vote was set last fall, when California governor Gavin Newsom signed into law legislation that granted bargaining rights to child care providers, who had previously been legally ineligible for unionization. Getting the law changed took 16 years, during which time it made it to the governor’s desk twice, but was vetoed—once by Arnold Schwarzenegger, and again by Jerry Brown. In the months since Newsom signed the bill, the unions used the networks they had already created over the past two decades to administer the election. The vote, announced yesterday, was 97% in favor of the new union.

Continue reading at In These Times >>