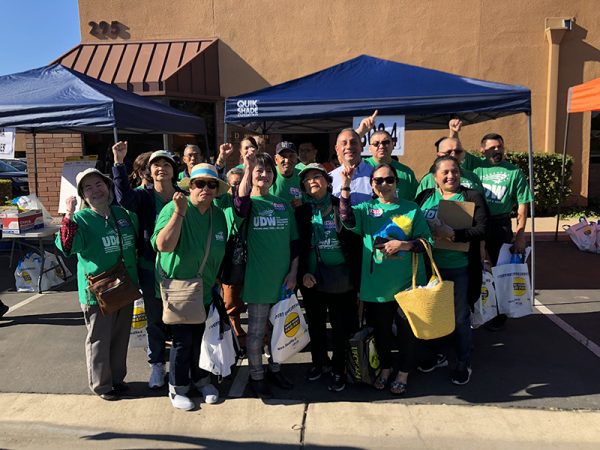 UDW members took the 2018 election seriously: knocking on doors, making calls and texts, talking to our neighbors and, most importantly, getting to the polls and VOTING!

Now, thanks to the hard work and dedication of caregivers and our allies who also believe everyone should get the care they need, many lawmakers who voted to cut IHSS have been kicked out of office—and replaced with folks who will stand up for IHSS and vote for people and families over corporations and profits.

The reason why UDW caregivers get involved in politics is simple: to protect IHSS for our clients and loved ones. Elections decide our lawmakers, and lawmakers decide what our government will make a priority. Things like funding for IHSS completely depend on who we elect to office. The UDW caregivers who serve on our local and statewide boards get to know the candidates and only give our support to those who share our commitment to IHSS, our families, and our communities.

In 2018, that support made a big difference!

At the federal level

Just over half of the funding for IHSS comes from Medicaid—a federal program. Voting to cut Medicaid or “block grant” Medicaid means voting to cut IHSS. Another federal source of IHSS funding comes from the Community First Choice Option (CFCO) of the Affordable Care Act (ACA, also known as Obamacare). The CFCO provides $400 million in annual funding to IHSS, so voting to repeal the ACA means voting to immediately cut hundreds of millions from IHSS and, most importantly, our clients’ care.

In 2017, fourteen of California’s members of Congress voted repeatedly to cut Medicaid and repeal the ACA. After months of mobilizing our fellow caregivers to vote, we are happy to report that six of those seats changed hands in the recent election and are now held by elected officials who are committed to care!

At the state level

Protecting IHSS at the federal level is crucial, but many important decisions are made on the statewide level, too. Thankfully, seven of the eight candidates UDW endorsed won! 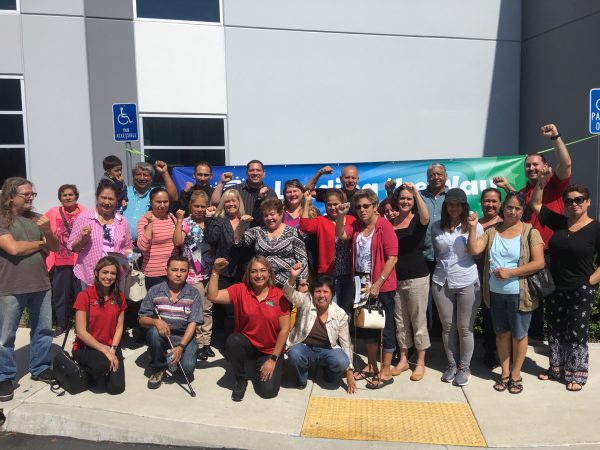 But remember, electing leaders to office who share our priorities is only part of the fight; now we must continue to engage with them, and hold them accountable to the promises they made to caregivers and our families.

Stay in touch with UDW to learn how you can get involved and make sure these election victories become victories for home care!