Fahari Jeffers, one of UDW’s founders, passes away 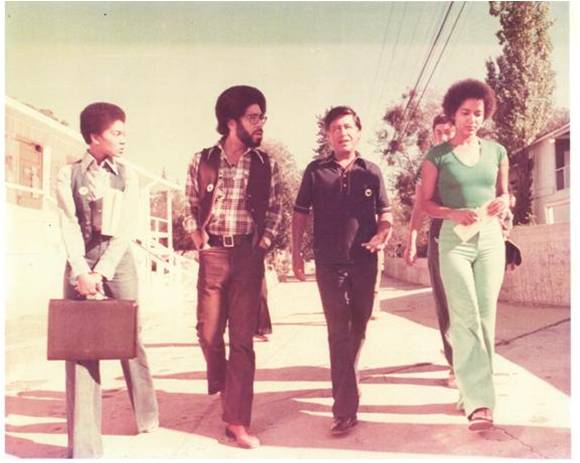 The founders of UDW with Cesar Chavez in 1977

We are sad to report the passing of one of UDW’s founders, Fahari Jeffers. In 1977, Fahari and her husband, Ken Seaton-Msemaji, formed the UDW organizing committee under the mentorship of Cesar Chavez. The group believed organizing domestic workers was naturally connected to Chavez’ work with farm workers as both workforces were primarily women, people of color and immigrants who were not then visible in the labor movement. With the signing of our first contract in 1979, UDW became one of the few unions ever to be founded by people of color. From an initial membership of 150, UDW grew to 70,000 by the time Fahari and Ken left the union to pursue other activism in 2005.

A San Diego native who believed strongly in the power of education, Fahari began attending San Diego City College when she was 16 and went on to receive a BA from San Diego State University when she was twenty. She went on to earn a law degree and a master’s degree in public administration.

In 2018, Fahari was inducted into the San Diego County Women’s Hall of Fame. Upon learning of the honor, she told the San Diego Union Tribune: “It’s an honor as a woman and it’s an honor as an African-American woman. There are many women who make groundbreaking, enormous contributions to our community that we will never meet or hear of, and I want them to know that their work is valued and recognized and that it has made a difference.”

UDW Executive Director Doug Moore said the lasting impact of Fahari’s work lives on in UDW today. “With the founding of the United Domestic Workers, Fahari and Ken helped open the door of the American labor movement to women and people of color—the people who needed it most,” Moore said. “That contribution will always be remembered. On behalf of UDW, I extend my deepest condolences to Fahari’s family and to all those whose lives she touched.”