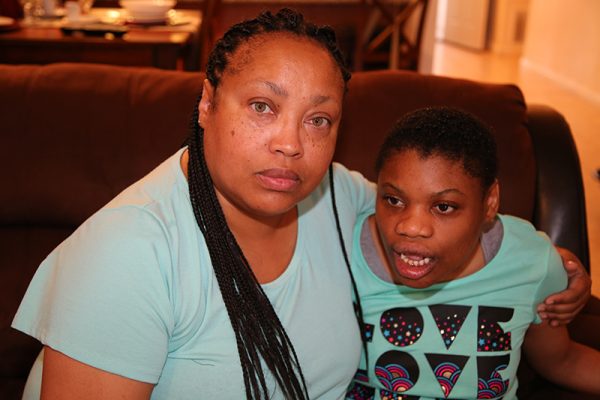 On July 12 the federal agency that manages Medicaid announced a proposed rule change that, if implemented, would prohibit in-home care providers who work for Medicaid-funded home care programs from choosing to having certain funds automatically deducted from their paychecks.

The right-wing billionaires in favor of this new rule say it’s about preventing “dues skimming” from Medicaid payments. But these kinds of voluntary paycheck deductions—primarily health insurance payments and union dues—are common for workers of all kinds, and the only real reason to ban them is to jeopardize caregivers’ health care and bankrupt their unions.

But this new rule isn’t just about attacking unions. Prohibiting caregivers from paying union dues makes it even harder for a marginalized workforce to advocate for themselves and the seniors and people with disabilities that they care for. With this rule change, the Trump Administration will drive even more caregivers out of this vital workforce. This is serious: everyday people in our country are struggling to find quality and affordable long-term care. We need these caregivers now more than ever. Maybe Donald Trump will have enough cash to pay for round-the-clock care in his twilight years, but what about the rest of us?

The future of long-term care in America was certainly not at the forefront for the Trump Administration when they proposed this rule change, which has been celebrated by anti-worker extremists like the Freedom Foundation, their friends at the State Policy Network, and the Koch brothers. And, as it comes with an unusually short 30-day public comment period, it’s plain to see that this is a rush to change an established practice for purely ideological reasons.

Many states have programs that pay for home care for low-income seniors and people with disabilities. These programs are largely funded by Medicaid, along with state and local dollars. In California, caregivers serve over half a million seniors and people with disabilities through the In-Home Supportive Services (IHSS) program. My union, the United Domestic Workers of America (UDW/AFSCME 3930) represents more than 100,000 IHSS caregivers in 21 counties up and down the state. Our members receive paychecks from IHSS through the state’s Department of Social Services (DSS) and they choose to have their dues automatically deducted from their checks, like all union workers. That IHSS is partially funded by Medicaid is irrelevant. These are paychecks, pure and simple, and workers have the freedom to decide how their paycheck is spent.

This rule change also flies in the face of the 2014 U.S. Supreme Court decision in Harris v. Quinn, which made home care “right-to-work” and paved the way for Janus v. AFSCME. Theunderlying premise of the Harris decision was that home care workers’ paychecks are their own property to do with as they choose. But this proposed rule change says the exact opposite: that these same workers cannot use their paychecks as they choose. In their rush to destroy labor unions, the Trump Administration and the corporate interests who drive its policy want to have it both ways.

It’s important to note that home care workers in this country are primarily women and people of color who make poverty wages—at or just above minimum wage in most cases. Our union has fought tooth and nail to increase pay for California’s caregivers. Every year, our members advocate for additional funding for the IHSS program in the budget process, they worked legislatively to raise the minimum wage, and they bargain for their wages and benefits with county boards of supervisors. Without a union to bring caregiver voices to the halls of power, home care workers will be silenced in matters that directly affect them, their clients, and their families. This new rule will not only financially hurt home care unions, whose members work in private homes and are often isolated from each other, it will eliminate the last line of defense against devastating cuts to life-saving home care programs. Ultimately, this is an attack on seniors and people with disabilities and the low-income women of color who care for them.

Our members choose to pay dues because they know that having a union means not just building better lives for themselves, but protecting the quality care their clients and loved ones rely on. The truth is, most of us will need long-term care in our lives. If we want to avoid a dire future where seniors and people with disabilities lose these critical services, we need to stop this dangerous rule before it starts.