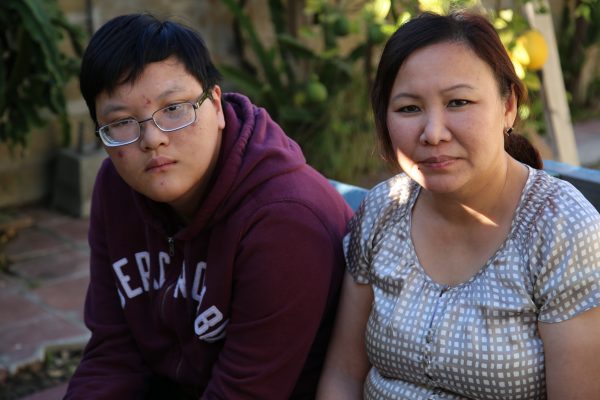 At the request of an anti-worker and out-of-state organization, Orange County officials struck their latest blow to home care workers on Friday when they instituted a new policy at IHSS orientations to discourage new IHSS providers from becoming union members — a move that is not only anti-worker, but is also against the law.

The county appears to be doing the bidding of a Washington state-based group called the Freedom Foundation. This isn’t the first time the Freedom Foundation has interfered at orientations and gone out of their way to harass home care workers and undermine our right to unionize. Last November they stood outside an orientation and passed out literature urging us to give up our voice by leaving our union.

Right-to-workgroups like the Freedom Foundation say they care about our rights, but their only real goal is to weaken our union – because the anti-worker billionaires that fund them are afraid of the power we wield when we stand 100,000+ caregivers strong.

By allowing the Freedom Foundation to harass new providers at orientations, Orange County is not only violating our rights, but they are putting the IHSS program in danger. After all, if the Freedom Foundation is successful and dismantles our union, how will we fight to protect a program that is constantly on the chopping block?

Of course Orange County has a history of not supporting home care workers. We are currently in bargaining with the County Board of Supervisors to win a much-needed pay raise and improved benefits – because minimum wage doesn’t cut it for the people providing round-the-clock care to our county’s seniors and people with disabilities. But the Board’s decision to allow the Freedom Foundation to bring their agenda into orientations shows it is more interested in making outside interest groups happy than making IHSS work for everyone who needs it.

Who is the BOS listening to? It’s certainly not us caregivers, our clients, or the residents of Orange County. Instead they choose to listen to a group that is targeting IHSS providers because they believe we can be easily intimidated.

But we aren’t easily intimidated, and that’s why our union is ready to take legal action against Orange County’s anti-home care actions.

“The Freedom Foundation is a privately funded, out-of-state group that has nothing to do with IHSS and no interest in the program beyond lowering the wages of its providers,” said UDW Executive Director Doug Moore. “We are defending our legal right to represent our members by demanding the Freedom Foundation cease its interference in Orange County’s IHSS program.”

We will keep you up to date on legal developments in Orange County and actions you can take to protect your rights.