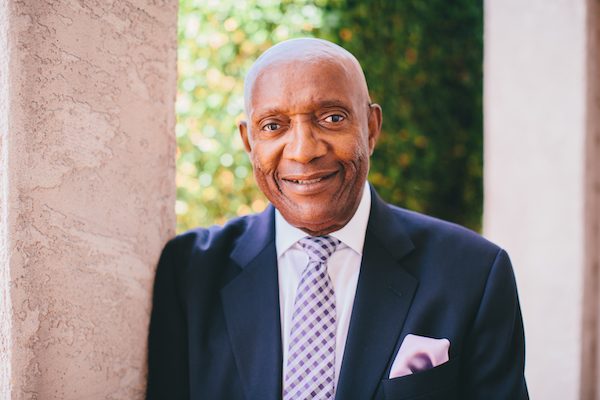 A few years ago, William Reed, a caregiver and UDW District 6 Vice President, stopped by the local H & R Block office to pick up his taxes. His son, William Jr., an adult with autism, was in the back seat and didn’t want to get out of the car. “OK,” William thought, “I’ll run in to get the taxes and run out.”

But when William came out, his son was gone.

William panicked and did what he instinctively does whenever his son disappears from his sight: listen for sirens. William and his wife have spent the decades since their son’s birth in 1976 learning about autism and how it affects their son. They have years of trial-and-error research on how to understand and best respond to their son’s behaviors. So when William heard the sirens that day, he knew that William, Jr. would become agitated—and possibly aggressive—at the overwhelming sensory stimuli of a police interaction. When he found his son, his panic was justified.

“He was handcuffed and pushed up against the wall,” William remembers. “The handcuffs were on him so tight he was screaming.” William, knowing the volatility of the situation, begged the police to get away from his son, to take the handcuffs off.

“Of course, when you tell a policeman to do that,” William said, “they tend to focus more on you.”

Fortunately, William knew one of the police officers on the scene who was able to defuse the potentially tragic situation but, for many families of people with disabilities, encounters with law enforcement end much more tragically. In fact, studies show that nearly half of all people killed by police are people with disabilities. This often occurs when people such as William Jr.—who often are suspected of no crime—are not able to understand shouted commands and react in ways that are not expected.

UDW Executive Vice President Astrid Zuniga also cares for an adult son with autism and for years has been leading our membership in seeking solutions for safer interactions between law enforcement and people with disabilities.

“I worry that a police officer won’t see what I see when I look at my son,” said Astrid. “They won’t know how much he loves music—especially Nora Jones and Beethoven. Or about his favorite things to watch on his tablet: Dora Explorer, Blues Clues, and Disney movies. Instead they’ll see a strong and aggressive young man, one who doesn’t respond to their commands to stop or calm down.”

It isn’t just people with autism who are in danger during interactions with police; there are too many stories of people with physical disabilities and mental illness dying needlessly at the hands of authorities. UDW represents over 110,000 workers who care for seniors and people with disabilities. Our clients and family members are the most vulnerable population when it comes to police interactions, and it is our responsibility to secure their safety. That’s why UDW is taking a strong stand for disability rights by joining the movement to reduce police violence. We are co-sponsoring AB 392, a bill that will reduce unnecessary deaths by requiring police to exhaust all other methods before using deadly force. AB 392 will help more people go home safely after an encounter with police—including our law enforcement officers.

For William and other UDW caregivers, AB 392 is an opportunity to educate–not just police, but the public in general–to not be afraid of people with disabilities and to approach them with kindness and patience. “As home care workers, we feel deep empathy,” said William. “We also understand that [disability] is not as much of a threat as it’s perceived to be. We know you don’t have to rush in. Give it time. You don’t have to have an immediate reaction.”