“After years of battling cuts to In-Home Supportive Services (IHSS) that cause tremendous hardship for the seniors and people with disabilities who rely on the program, we are pleased that the Governor’s budget proposes no reductions or changes to home care services.

However, the Governor’s proposal does include the elimination of the Coordinated Care Initiative (CCI). The CCI was an ambitious effort to transform the delivery of health and long term care to millions of low income seniors and people with disabilities. The CCI sought to coordinate services across the care continuum, with a specific focus on keeping people at home and in their communities.

We all know that providing services at home rather than in an institution is not only preferable to the client and their family, it is significantly less expensive to the state. The CCI created an opportunity for health care providers around the state to learn about IHSS and witness firsthand the value of home care. Through the CCI, UDW developed new partnerships with diverse stakeholders in order to promote and prioritize IHSS.

The CCI is a work in progress. It has proven far more challenging to implement than the state originally anticipated. Clearly, there is more to be done to improve upon the program. However, the need for integrated, person-centered care remains as important as ever. We urge the state to build on these experiences and not eliminate them.

Finally, we are disappointed by the state’s move to eliminate the IHSS Statewide Authority, which is currently responsible for bargaining with IHSS workers in seven pilot counties. The creation of state-level bargaining in IHSS was groundbreaking. It was the first step towards achieving uniformity and stability in the provision of IHSS services throughout the state. In addition, it gave IHSS home care workers – some of the lowest paid workers in the state – a better chance to win wage and benefit improvements that would help improve their families’ lives. IHSS workers in Riverside, Orange and San Diego counties have been bargaining with the Statewide Authority for well over a year. The Governor’s budget will destroy the progress we have made and destabilize collective bargaining. Because of this, we urge the state to not only preserve but expand the role of the IHSS Statewide Authority to assume responsibility for collective bargaining in every county in California.

UDW looks forward to working with the Governor and the Legislature to craft a final budget that prioritizes and strengthens the IHSS program.”

About UDW; United Domestic Workers of America (UDW)/AFSCME Local 3930 is a home care union made up of nearly 97,600 in-home caregivers across the state of California. UDW caregivers provide care through the state’s In-Home Supportive Services program (IHSS), which allows over half a million California seniors and people with disabilities to stay safe and healthy at home.

SACRAMENTO – Today, a broad range of California health providers, patient advocates and health plans announced the formation of the Californians for Coordinated Care coalition, working to improve care and lower costs through the Coordinated Care Initiative.

The Coordinated Care Initiative (CCI) strives to bring together many pieces of our healthcare system to improve the quality of life for patients eligible for Medicare and Medi-Cal. At its core, the CCI integrates healthcare for patients, transforming California’s fragmented health and long term care services into a system that is coordinated and provides quality, fully integrated, person-centered care to seniors and people with disabilities.

“Physicians and other medical professionals understand that bringing together all parts of a person’s healthcare is critical to their overall wellbeing and more importantly, to their personal fulfillment,” said Dr. Amy Nguyen Howell, Chief Medical Officer of CAPG, the Voice of Accountable Physician Groups. “We have long fought for clinically integrated, comprehensive, and coordinated healthcare for California’s patients, and continue to do so as a member of Californians for Coordinated Care.”

Studies show that integrating long-term health care services, in-home services and community-based care options not only helps patients, but is a platform for long term payment and delivery reform for integrated care and savings to the state. Californians for Coordinated Care are committed to making this program successful by improving care and lowering costs.

“Our support for the Coordinated Care Initiative stems from our commitment to fulfilling the promise of a more coordinated system,” said Gary Passmore, Vice President of the Congress of California Seniors. “It is our responsibility to continue to work as health advocates for California’s patients and provide focused, encompassing care for them.”

Without the CCI, 1.2 million seniors and people with disabilities would lose the coordinated care teams and other services offered through the program, and face yet another confusing and disruptive transition.

“The Coordinated Care Initiative has transformed the care and support services for more than a million seniors and people with disabilities, and is creating a new foundation for how we care for vulnerable populations,” said Charles Bacchi, President and CEO of California Association of Health Plans. “Health plans are committed to making this program successful by improving care and lowering costs.”

According to a study by the University of California, the majority of Coordinated Care enrollees are satisfied with the health care services they receive in key areas, such as the providers and hospitals available in the plan network, the teamwork of their providers, and the ability to get questions answered about their health care needs. 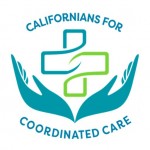