Sacramento – Today Governor Brown vetoed UDW sponsored Assembly Bill 1930 despite widespread public support and unanimous passage by both the Assembly and the Senate.

AB 1930 was the first step for In-Home Supportive Services (IHSS) providers who care for their spouse or children to secure Social Security, Medicare, and unemployment benefits. If passed, it would have established the IHSS Family Caregiver Benefits Advisory Committee to study the financial impact exclusion from these benefits has had on the estimated 86,000 home care workers who currently go without.

“It is unfair that as home care providers we commit to caring for children and adults with disabilities as well as seniors, but we’re left out of the safety net benefits all workers need,” said Cathyleen Williams, a former IHSS provider from San Bernardino County.

Cathyleen’s son Caleb passed away this year because of a congenital heart defect known as hypoplastic left heart syndrome. However, because Cathyleen was her son’s IHSS provider, she was denied unemployment pay, leaving her struggling to make ends meet. “We can’t give up this fight. I don’t want any more parents or spouses to go through the nightmare I’ve been through,” she continued.

In addition to working without access to unemployment, many parent and spouse providers worry about their financial futures without Social Security and Medicare. “I worry about my husband who is 62 years old with a bad back,” said IHSS provider Roxanne Bender from El Dorado County who provides care for her 39-year-old son Jacob who was born with a brainstem defect. “Since we can’t rely on full retirement security, he will likely have to work until his body falls apart. I can’t imagine that I will ever retire either. I will likely have to work the rest of my life to make ends meet.”

“We are disappointed, but not deterred by the governor’s decision to veto Assembly Bill 1930,” said UDW Executive Director Doug Moore. “All home care providers are workers who deserve dignity and respect. We are thankful to the bill’s authors for assisting us in this fight – and especially to the principal author Assemblymember Lackey for his strong support. Spouse and parent home care providers have worked long enough without access to these basic benefits, and UDW will continue to make securing them a top priority.” 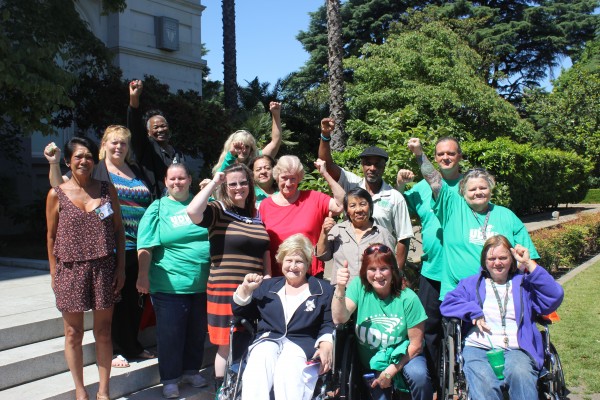 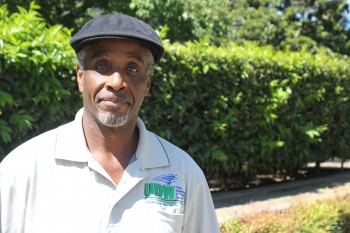