Throughout the state many IHSS caregivers are earning minimum wage, while some of us make over $13/hour. That’s why in 2017 we’re fighting to win state-level collective bargaining for all IHSS providers in California. Help us win #Dignity4All – call 1-855-912-7804 today and urge your state lawmaker to support our proposal to move IHSS collective bargaining to the state-level.

State audit of IHSS payroll system is out
…and it confirms what we already knew: the California Department of Social Services (CDSS) could be doing a lot more to help providers avoid paycheck delays. Next steps? Our union UDW is sponsoring AB 237, a bill that would make key recommendations from the audit report law – like changing the timesheet rules so that a provider’s work week matches their pay period. Read more here.

UDW mom champions legislation to keep her son and other IHSS clients safe
She’s not just UDW’s statewide Vice President – Astrid Zuniga of Stanislaus County is a grandmother, mother, and home care provider for her adult son Manuel, who lives with autism. This year we’re standing with Astrid to pass legislation that would keep IHSS clients like Manuel safe in interactions with the police. Read more here, and take this survey to get involved.

OC Register: “The Freedom Foundation wants to fight Democrats by busting a California home care union”
Earlier this month UDW caregivers Toni Monique Taloa, Silvia Briseño, and Roy Pridemore were featured in an article by the OC Register about anti-home care group the Freedom Foundation and the importance of our union. “I had never changed an adult diaper or given an insulin shot. I was exhausted. I was isolated,” says Toni Monique in the article. But UDW helped her win protective supervision for her sister, “so I could sleep more than two hours a night and hire another part-time provider to help out. The union gave me back my life.” Read more here. 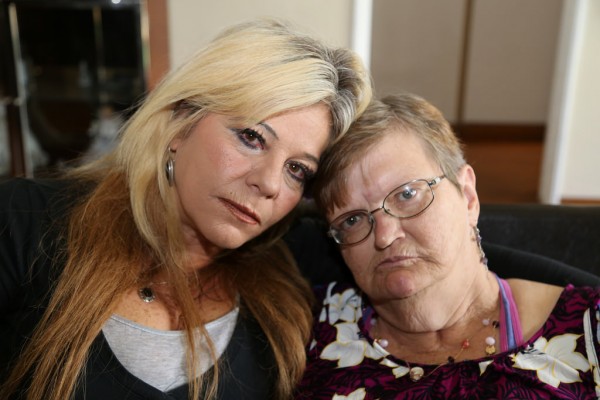 “We must stand together against attacks by the Freedom Foundation to keep the IHSS program alive.” – IHSS provider Toni Monique Taloa, Orange County (pictured with her sister and client)

“Right now UDW caregivers are fighting for a living wage, better benefits, and to be treated with dignity and respect. We must stand together against attacks by the Freedom Foundation to keep the IHSS program alive.”

The Freedom Foundation is a scam to weaken our power of home care providers and our union. We need to stand together to protect the IHSS program for our clients.

You can read more at www.freedomfoundationfactcheck.com

My name is Toni Monique Taloa, and I’m a home care provider in Buena Park, California. I initially became a professional home care worker to take care of my elderly grandmother. My grandmother was originally assessed just 80 hours of in-home care each month – far less than she needed – by California’s In-Home Supportive Services (IHSS) home care program. My union, the United Domestic Workers/AFSCME Local 3930 (UDW), helped me successfully appeal the decision, and my grandmother’s home care hours were increased from 80 to 283 per month.

As a person who honestly did not believe in the power of being a union member, this help was just what was needed to change my mind. After that I wanted to know what else the collective power of home care workers could accomplish, so I became a UDW volunteer. As a more involved member, I would eventually become one of the many home care providers in California who fought for fair implementation of our overtime benefits.

My grandmother has since passed away, but I’ve been responsible for my sister Tonya’s care since 2012. When Tonya was born, she was diagnosed with hydrocephalus, also known as water on the brain, which caused cerebral palsy. When I learned my sister had been moved into a nursing home, I took her out and moved her into my home. I knew my sister would get the best possible care among family with me working as her caregiver.

Unfortunately, despite the vital, cost saving nature of our profession, working as a home care provider has been rough on my budget. There have been many times when I wasn’t really living, I was just surviving. And it’s not just me who is affected: my sister Tonya depends on me to provide for her needs as well, including food, shelter, clothing, transportation, and medication.

That’s why I got involved with my fellow UDW home care workers in our fight to win overtime pay. I knew we were excluded, but I never knew why. I was excited when in 2011, President Obama announced in-home caregivers would soon receive basic labor protections like overtime. And I joined my fellow caregivers in celebration when the U.S. Department of Labor amended the Fair Labor Standards Act to include home care workers after decades of unfair exclusion.

After the announcement at the federal level, we fought hard, wading through challenges in the courts and from our own governor. When overtime was finally implemented here in California for IHSS home care providers, it changed not only my life, but Tonya’s as well.

Now that I have overtime pay, I’ve been able to comfortably provide Tonya with the food her condition requires her to have. I’m able to pay our rent, and no longer live with the fear that we could be evicted from our home, forcing me into a shelter and Tonya back into a nursing home. Overall, overtime pay was crucial to ensuring Tonya and I are able to remain in our home. And the extra money overtime provides gave me something I think is priceless: time. Tonya has a second home care provider who comes in 20 hours per month to give me a break – something we would not have been able to afford in the past.