UDW caregivers hit the ground running as soon as it was announced in January that the governor
wouldn’t be paying us overtime pay. We stood together and urged him to keep his promise! 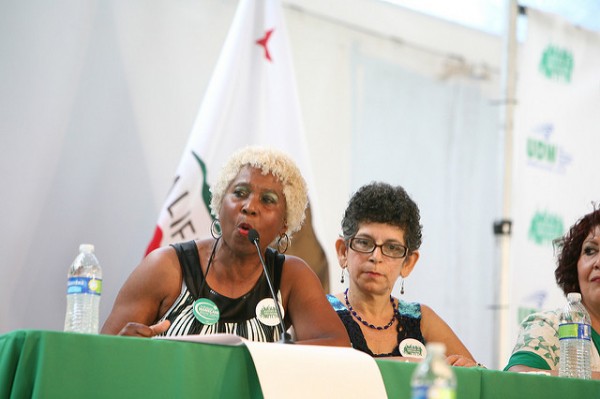 At our Justice for Homecare Tribunal, we put the state on trial for its unjust treatment of caregivers and clients in front of thousands of supporters on the steps of the State Capitol. 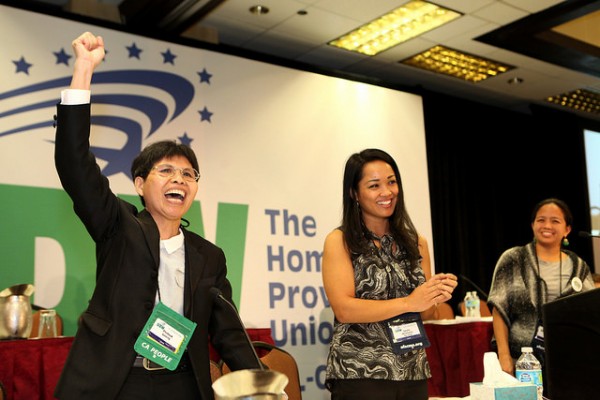 In March, dozens of UDW delegates gathered at our 15th ConstitutionalConvention in Sacramento, CA, where we met with caregivers fromacross the globe, welcomed our brothers and sisters of CUHW into ourunion, and wrote UDW’s next chapter together. 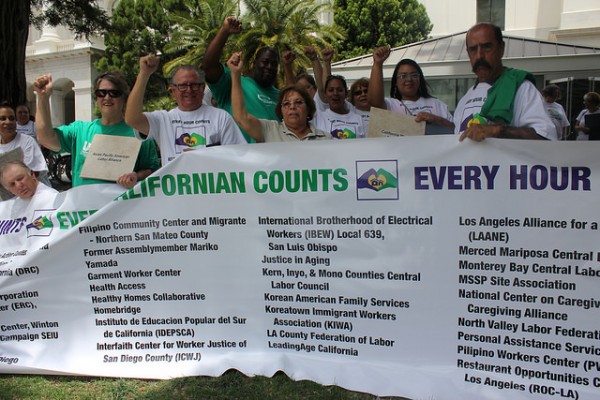 In June, UDW homecare workers successfully ended the 7% cut to our clients’ hours of care.But we’re not done fighting yet—the cut will happen again this year if we don’t find a way toend it permanently. Contact your local office to get involved today! 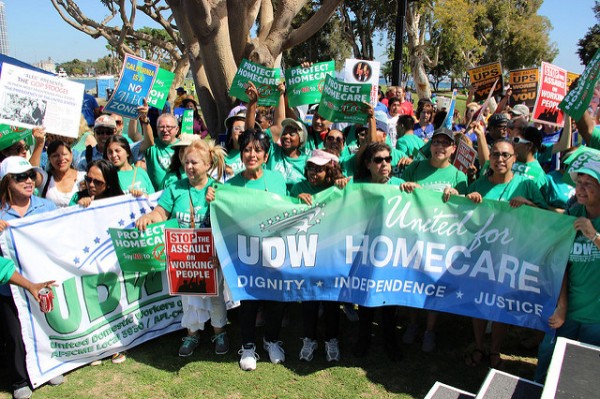 In July, anti-worker organization ALEC held its annual meeting inSan Diego where corporate billionaires wined and dined politiciansand encouraged them to pass laws that keep workers’ wages lowand threaten programs like IHSS. We joined nearly 3,000 workers and community members to declare that California is a “No ALEC Zone!” 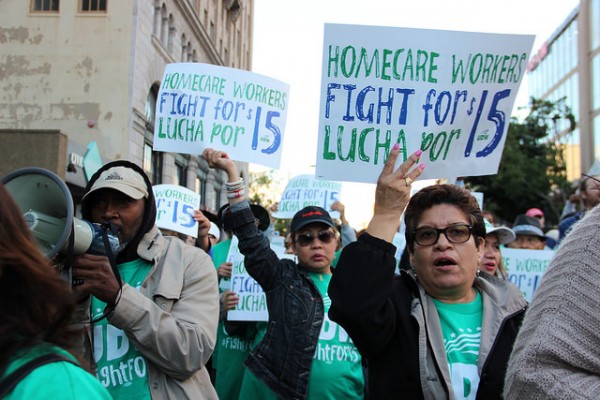 In 2015, homecare workers across the state joined thousands of fast-food employees,adjunct professors, custodians, and other underpaid workers in the nationwide Fight for $15.