Life changed forever for hundreds of UDW members on the morning of November 8, when fire broke out near the Butte County community of Paradise. The Camp Fire grew quickly into an unstoppable inferno and within days became the deadliest fire in California history. All told, 86 people died in the Camp Fire, and many of them were seniors and people with disabilities who were unable to escape in time.

Our Butte County membership was hit particularly hard by the Camp Fire. UDW represents over 800 IHSS providers who lived in the evacuation zones of Paradise and Magalia before the fire. To help our fellow members, UDW’s Chico office quickly converted into a temporary disaster relief center. Staffers went to work fielding calls and texts from UDW members, finding out who was OK—and who wasn’t—collecting lists of needed items, and helping coordinate the many donations that started coming in. UDW also launched a GoFundMe page to raise donations for members impacted by the Camp Fire.

“UDW has been amazing to us,” said Jennifer Blum, a UDW member whose home was destroyed by the fire in Paradise. “I never thought that this could be something that my family would ever have to experience. All I can say is that we were put on this earth to help each other. Give even if you know it’s not going to come back to you at least you know you have helped someone in need.” 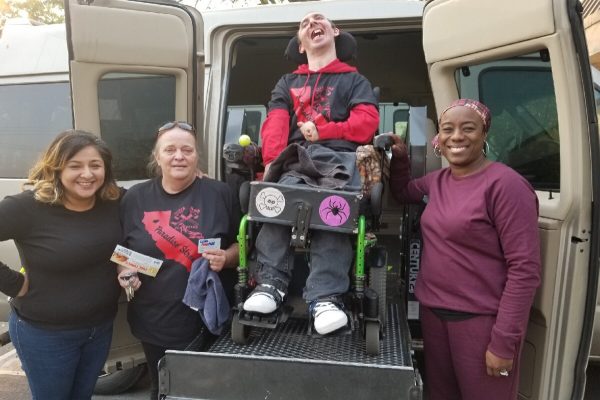