UDW is social justice union: we fight for workers and our communities.

Who We Are
Our History
Social Justice
Our Leaders
Our Constitution

We are 140,000 home care and family child care providers across the state of California.

Our union was founded by followers of Cesar Chavez in 1977. 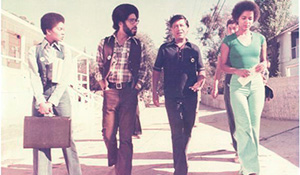 We win our first contract 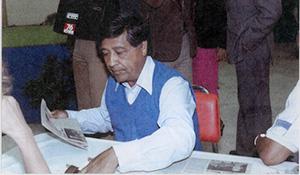 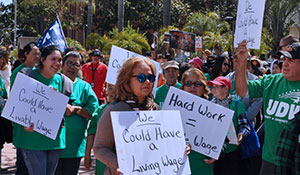 We protect IHSS from a
20% percent cut 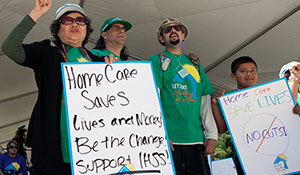 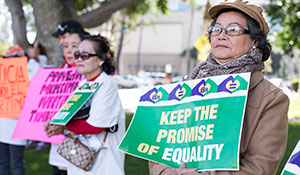 We win overtime and
paid sick leave for caregivers 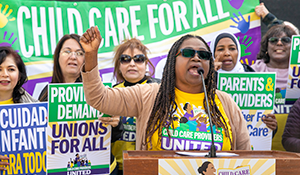 Read the entire list of our union's victories here 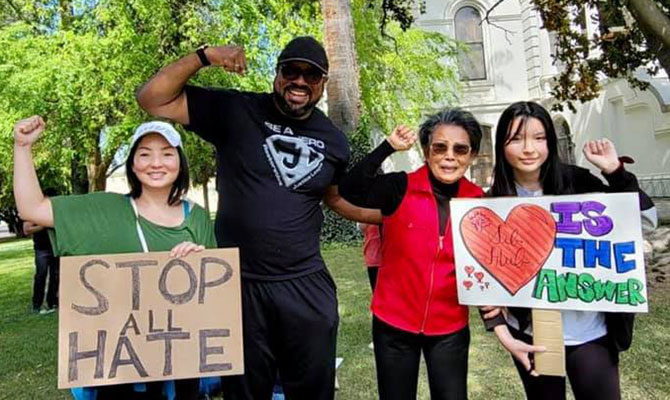 As a union of women and people of color, we fight for the issues that impact our families and communities: racial justice, disability justice, gender equity, immigrants’ rights, affordable housing, and communities free of police violence.

Our union is led by our members. Our leaders are voted on by the membership every three years. 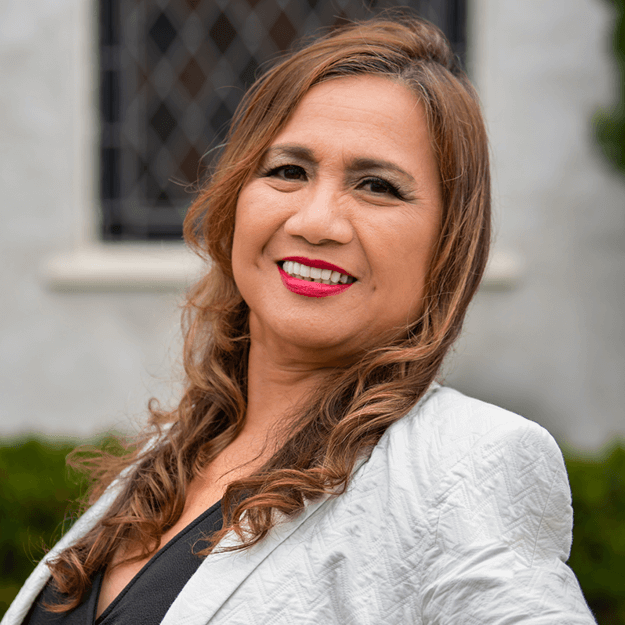 Editha Adams lives in San Diego where she cares for her youngest daughter. A native of the Philippines, Editha grew up in Japan and speaks multiple languages. She comes from a politically-active family who were also active union members. She has served as President of UDW since 2013. She also represents UDW members and clients by serving as Vice President of California Alliance for Retired Americans (CARA) and being active in the Arthritis Foundation. 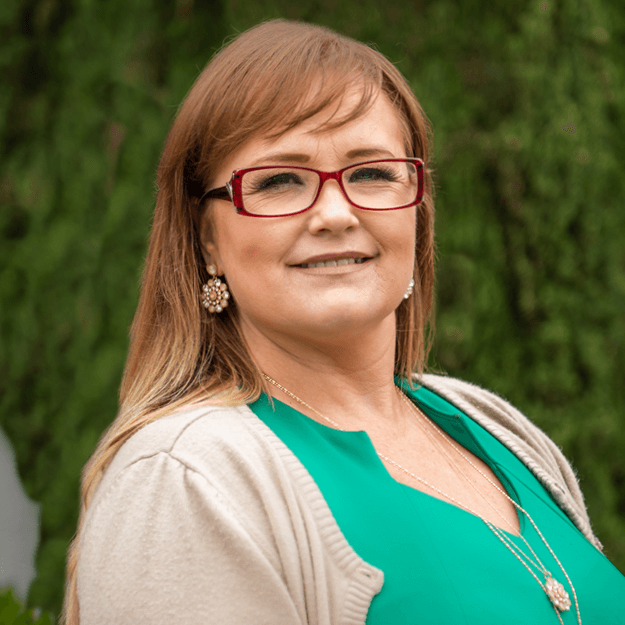 Astrid Zuniga lives in Modesto where she cares for her adult son, Manuel. Astrid is a strong legislative policy advocate for people, like Manuel, with developmental and cognitive disabilities. Astrid has led UDW’s efforts to increase safety during interactions between people with disabilities and law enforcement, serving as UDW’s lead spokesperson for the successful passage of AB 392 and AB 911. Astrid was elected Chair of the California Democratic Party Labor Caucus in 2021. 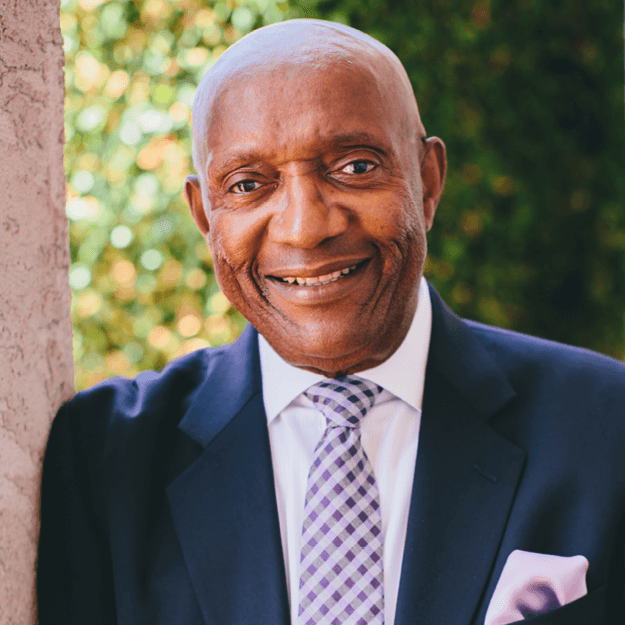 William Reed lives in the Placer County city of Loomis where he and his wife care for their adult son, William Jr. Since his son was diagnosed with autism over 40 years ago, William has devoted himself to learning about the condition and has served as a mentor to countless parents of autistic children. William represents UDW on the Executive Board of the Sacramento Central Labor Council and advocates for caregivers and social justice. 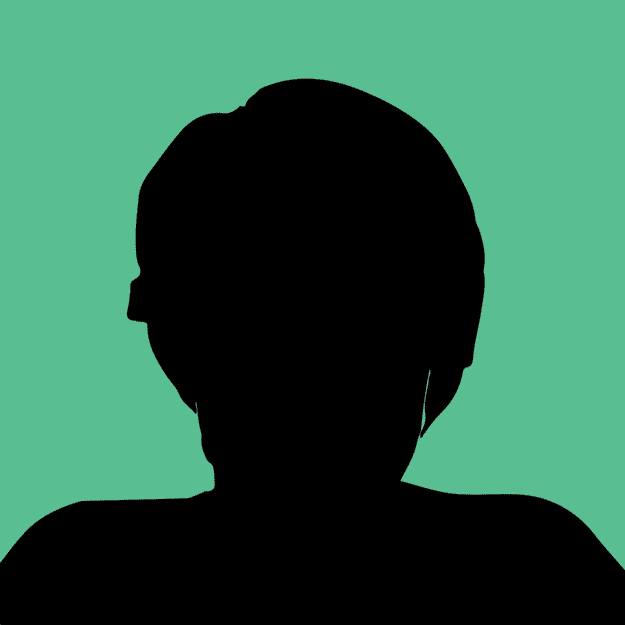 Maria Esthela Garza became involved in UDW because she saw that she could be her mother's voice and help her receive the hours of care her mother needed. She found more than just IHSS advocacy—she found a supportive community of fellow providers that helped her navigate life as a caregiver. Now she is a focused union activist and leader, helping with community events like food drives and PPE distributions and volunteering to help elect leaders who protect our clients and families.

Sabrina Bishop from San Diego became an IHSS provider to her mom in 2019. When her mom passed away in 2022, Sabrina decided that she wanted to honor her mom by continuing to provide care to those who need it and by serving her term as an elected leader of UDW. Sabrina is looking forward to continuing to fight to increase care providers’ wages, raise awareness of the IHSS program, and come together in-person to do the work that builds a stronger union. 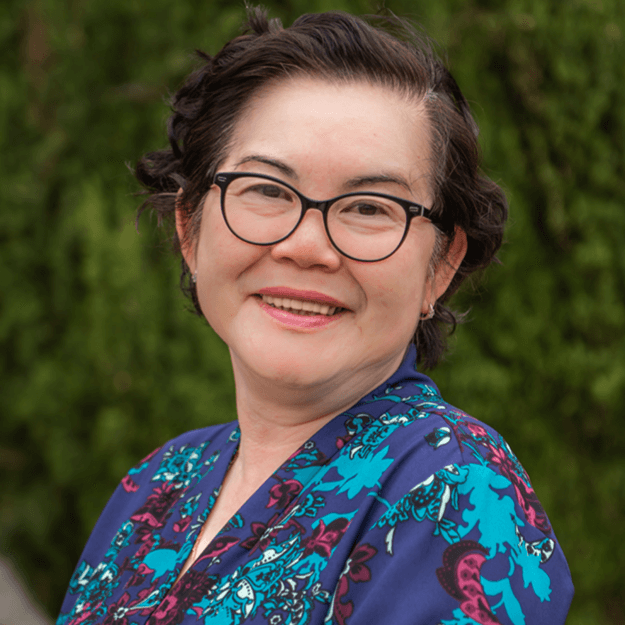 Angie Nguyen lives in Garden Grove where she cares for her mother and aunt who are in their 80s. She grew up in Vietnam, moving to California in 1993 when her family started a new life with help from the Humanitarian Operation Program. Angie has been a UDW member since 2008 and believes that the strength of our collective voices will make a difference for IHSS providers, our clients, and our communities.

Like many IHSS providers, Gloria Orduna became a caregiver because a family member needed her. But a decade of caring for her mother has opened Gloria’s eyes to all the other people who need help and how IHSS providers give so many a better quality of life. She is committed to working for even greater participation and diversity in her union and wants to bring more Latinos like her into the fight for workers’ rights and benefits. 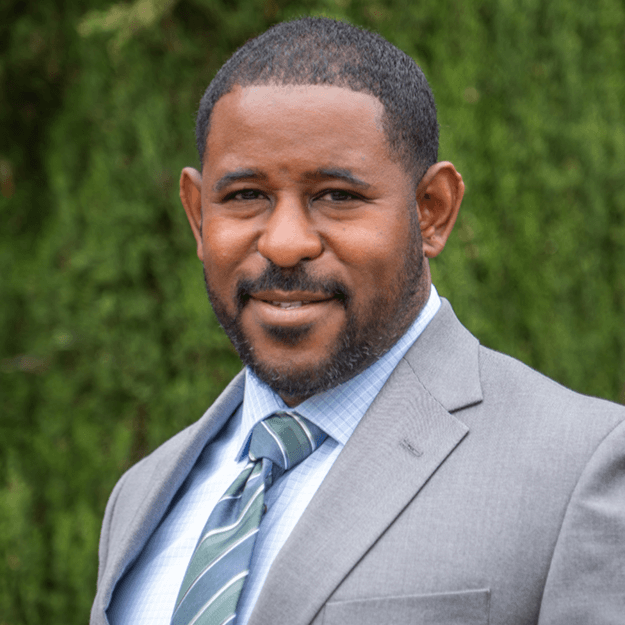 Desmond Prescott from Riverside County has been providing in-home care for his cousins with cognitive disabilities since their grandmother passed away in 2015. He joined UDW when he saw firsthand how undervalued IHSS providers were. A passionate advocate for social, racial, and economic justice, Desmond leads with his heart and is proud to serve the members of Riverside County and represent UDW as a delegate to the Inland Empire Central Labor Council. 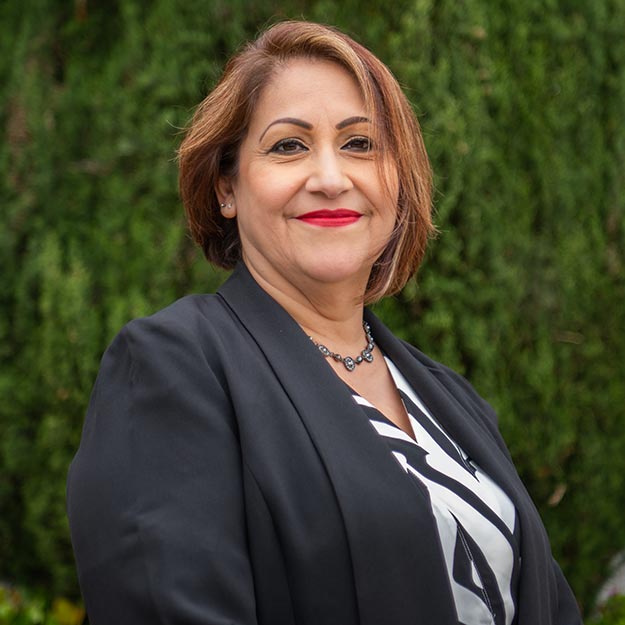 Rosa Beltran from Riverside County became an IHSS provider in 2013. She cared for both of her parents until they passed away in 2021. Now, Rosa’s in-home care journey continues with other clients within her community. Rosa joined the union after seeing the difficulties other providers faced and how the union helped them overcome the challenges. She is ecstatic to serve the members of Riverside County and she hopes to grow membership to strengthen our union power and inspire members to take a stand for what they deserve. 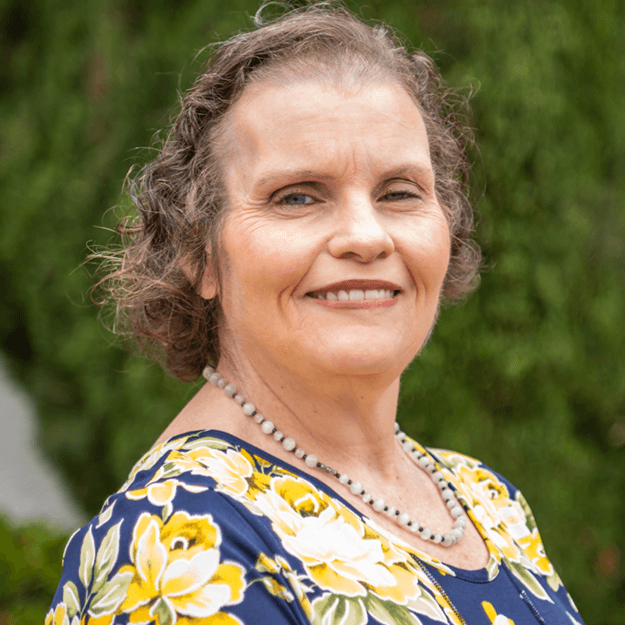 When her sister became their father’s IHSS provider in 2005, Florence “Corie” Crowson of Merced supported her by joining UDW rallies and lobby days at the State Capitol. When she became an IHSS provider for her mother in 2008, she knew joining her union was the best way to protect her client and herself. As she has grown in her union leadership, Corie has become an outspoken advocate for social justice in all its forms. 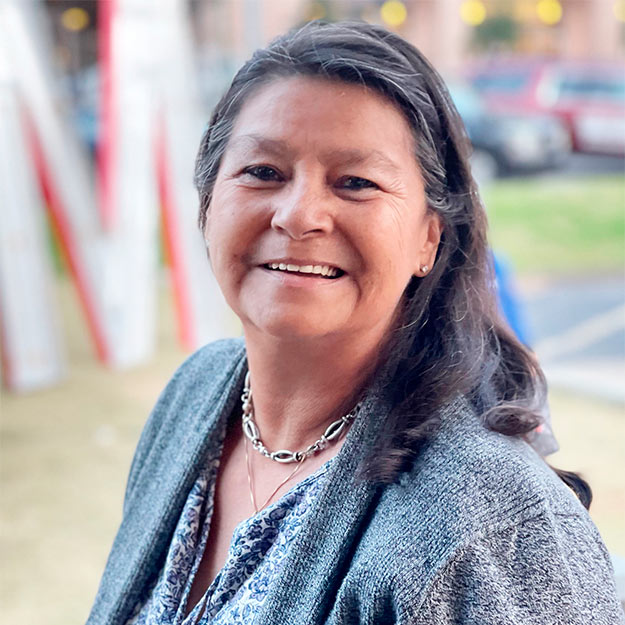 Sarah Ilenstine lives in Santa Maria and cared for two of her daughters with disabilities since birth. Once her daughters grew up, Sarah worked as a Certified Nurse Assistant (CNA), and later became a caregiver to her granddaughter and other community members living with disabilities. She joined UDW thirteen years ago and is proud of her work as a bargaining team member and her role in helping attain pay increases for providers throughout the state.

Martha L. Ruiz of Sutter County, who currently cares for her parents, is a lifelong caregiver who fights to make democracy work for the people who live in her communities. Martha is proud of the work she and her fellow Sutter County UDW members have done to build constructive relationships with elected officials and is committed to continuing to fight to protect the rights of providers and to build economic and social justice for all. 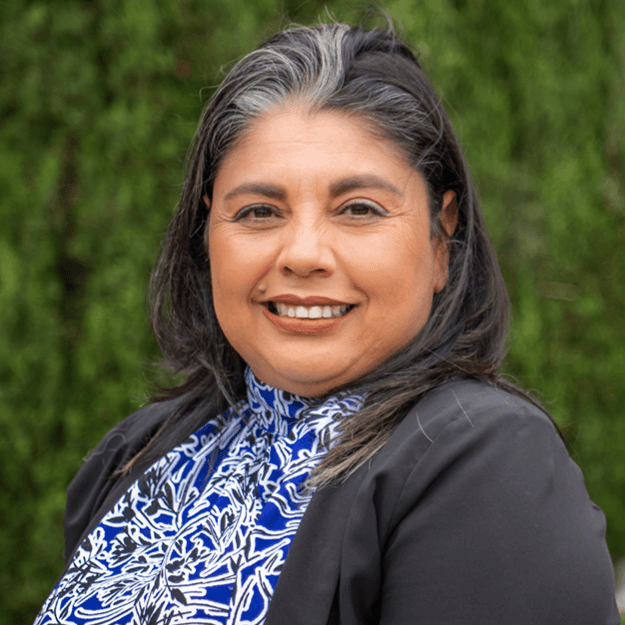 Isabel Serrano immigrated to the United States in 2002 and became an IHSS caregiver in 2005. She joined UDW and became an avid activist for care worker’s rights. Isabel is grateful to be a part of a community of progressive thinkers who put humanity and people first and fight for their rights. She believes that “cada logro es importante”—every victory is important—and one step toward creating long-lasting improvements for providers and our clients. 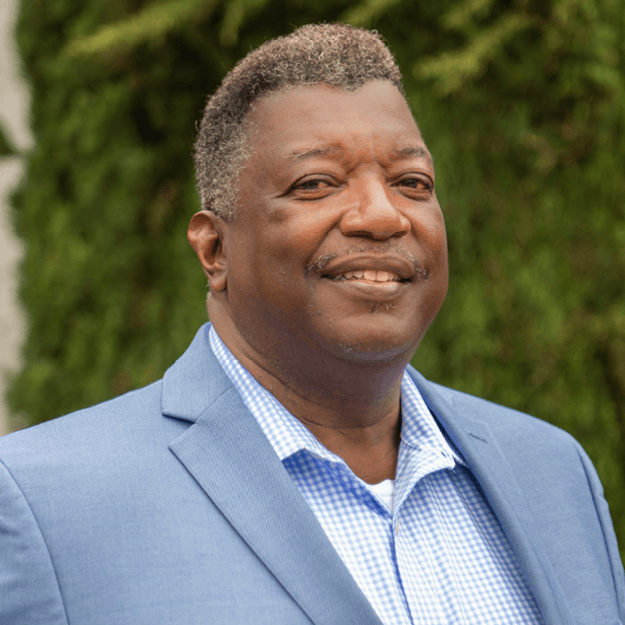 Doug Moore serves as UDW’s Executive Director and as an AFSCME International Chair. He was appointed to the California Task Force on Family Caregiving in 2017, the Governor’s Task Force on Alzheimer’s Prevention and Preparedness in 2019, and to the California Master Plan for Aging stakeholder committee in 2021. He also serves on the Executive Committee of the International Domestic Workers Federation, where his focus is on worker solidarity and domestic workers’ rights globally. 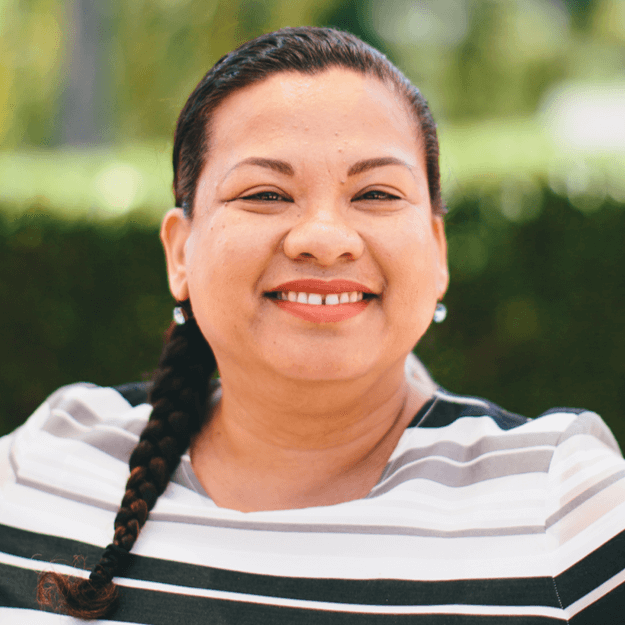 Johanna Hester serves as UDW’s Assistant Executive Director and as an AFSCME International Chair. She learned movement organizing from her father and began her own career in labor when she was an adult in the 1990s. In 2020, Johanna led UDW’s historic organizing effort of more than 40,000 family child care providers – the largest organizing campaign in America in 20 years. She also organizes workers through the Asian Pacific American Labor Alliance (APALA).

You can read our Constitution in English, Spanish, and Vietnamese