Caregivers are worth it

We need your help to win better IHSS pay and benefits 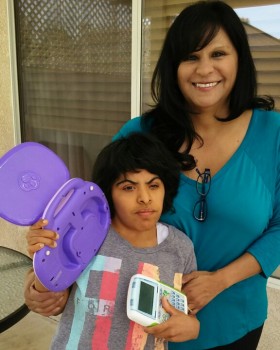 “United we bargain; divided we beg!” It’s a union saying that means workers must stand together to win improvements. And in the case of IHSS providers, this couldn’t be more true.

In addition to protecting the IHSS program, collective bargaining allows 94,000 caregivers to have a say over pay and benefits through our union. “Without a union, caregivers couldn’t bargain with the state or the counties,” explained Lisa Rivera, a Riverside County IHSS provider who cares for her 25-year-old daughter with autism. “We would have to continue living with whatever wages they wanted to give us. Bargaining gives us the power to make improvements that will help providers and our families.”

Right now, UDW is at the bargaining table with the State of California and several counties. And we need the strength of IHSS providers like you to help us win the pay and benefits caregivers deserve.


Despite providing lifesaving care to some of the state’s most vulnerable citizens, IHSS providers face an uphill battle to have our work recognized and compensated fairly.

Many lawmakers at both the state and county level believe that providers should be paid minimum wage, and enter the contract negotiation process with the goal of stopping any pay and benefit increases. In addition, California’s broken system of negotiating IHSS contracts county-by-county has made it difficult for providers to come together as one united front.

Some lawmakers might think that IHSS providers should be happy with minimum wage, but we disagree. Low wages and a lack of benefits hurts our families, clients, and communities. And for many providers, low IHSS wages endanger our ability to continue caring for our loved ones at home. 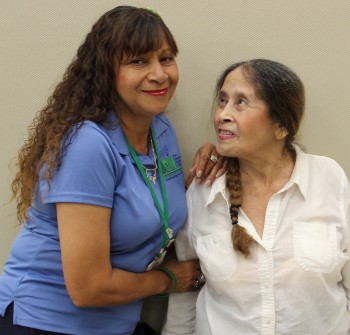 IHSS provider Luz Cedeno, of Orange County, and her mother.

Luz Cedeno has been her mother’s IHSS provider in Orange County for more than five years, and makes just $10.20 an hour. Low IHSS pay has made it difficult for Luz to afford her apartment and stay current on her bills.

“With our low wages, I’m always living on the edge,” said Luz. “A raise would give providers more of the peace of mind we deserve.”

Cheryl Sevier is a San Diego IHSS provider whose family has also been living on the edge. “In the past year, I’ve had my cell phone cut off six times. And my family almost had to live in the dark we were so close to having our electricity cut off,” said Cheryl, who is a member of the union bargaining team.

While a pay raise would certainly help IHSS providers, it is not the only issue our union is bringing to the table. Many providers are still without health care or are on long waiting lists because the current funding levels only cover about 10% of providers. UDW is working on eliminating waiting lists for health care benefits, and securing paid time off (vacation) and other benefits for IHSS providers in our union contract.

All In for Care

All In for Care is our statewide campaign to win IHSS improvements. Thanks to a law that we helped pass in 2012, IHSS providers in San Diego, Orange and Riverside counties are now able to bargain together for the first time in history with the state – instead of with each county.

Live outside of San Diego, Orange and Riverside counties? Chances are IHSS providers in your area are at the bargaining table, too.

For several years, UDW has sponsored legislation to allow all IHSS providers to bargain together at the state level. However, until this passes, we will continue to negotiate for better wages and health care county-by-county. This is the reason why IHSS wages vary across counties, and why we are in different stages of the contract bargaining process in different counties.

No matter who we are bargaining with, IHSS providers need to come together and fight together. Susana Saldana from Merced County has been an active UDW member since 2005. She has done precinct walking to elect lawmakers who care about home care, and has been speaking up alongside dozens of Merced providers at the County Board of Supervisor meetings.

“When the minimum wage went up to $10 an hour, they looked at us like we got our raise and didn’t deserve another one. But we need lawmakers who understand that the work we do is worth more than the minimum,” Susana said. “My son Mario has cerebral palsy and requires 24/7 care and supervision.”

In most cases, winning improvements for IHSS can take several years. But IHSS providers like Terry Walker-Dampier from Stanislaus County is encouraging fellow UDW members not to give up.

“We were in bargaining for five years and everywhere there was a roadblock,” explained Terry. “We never gave up and since we got our raise, it has made a huge difference. This is the first time I’ve had dental and vision benefits in years.”

“I would tell other providers to keep the faith and stay united. Share your story and make lawmakers feel the work you do,” Terry added.

Our work is vital and worthy of a wage that reflects its value in our communities. By working together, we can win dignity and respect, and wage and benefit improvements for caregivers.

It is the state’s turn to respond to our state-level bargaining team’s proposal. This process could take several months and will require compromise by both sides. Providers in many counties outside of San Diego, Riverside, and Orange continue to bargain at the county-level and will continue to speak out at local Board of Supervisor meetings.

Call your local office to get involved, and stay updated at www.udwa.org and facebook.com/udw.