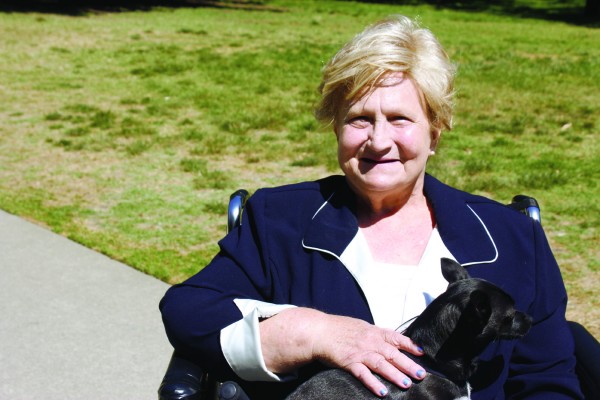 “When my caregivers don’t get paid, I lose my caregivers,” said Crystal Mourad, an IHSS recipient in Butte County who attended a hearing at the State Capitol in May. “I depend on my caregivers, they’re not a luxury. They’re a necessity.”

After hearing testimony and comments from UDW caregivers and home care recipients at the Capitol, the state legislature’s Joint Legislative Audit Committee voted unanimously to begin an audit of the IHSS payroll system to find out what’s wrong and how to fix it.

Claire Kaufman, an IHSS provider from El Dorado County, testified before the committee. “Last November, I submitted my IHSS timesheet for the first 15 days of the month and waited for my paycheck,” said Claire. “I waited days and then weeks, unable to get an answer about the delay.”

Lawmakers were visibly outraged to learn that payroll issues put our ability to provide for our families at risk and put the care of recipients in jeopardy. They called paycheck delays “wage theft” and “an abomination.” Assemblywoman Lorena Gonzalez (D-San Diego) was among those standing alongside UDW to secure an audit. “Home care workers are constantly treated like second-class citizens. They are constantly having to fight for the basic rights we believe everybody should have,” she said during the hearing.

The audit has now begun, and the state has seven months to complete the audit and report back with their findings.

UDW will provide updates on our work to fix IHSS timesheets and paychecks at www.udwa.org.