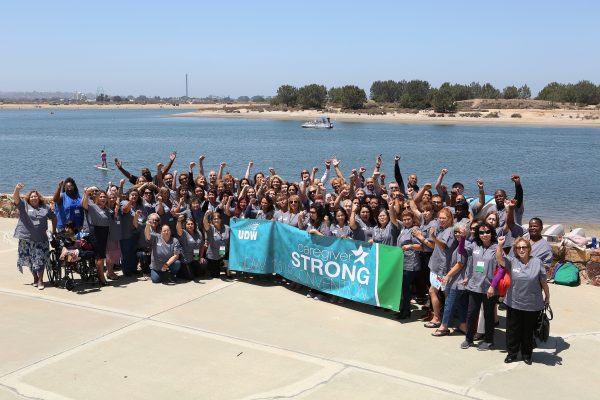 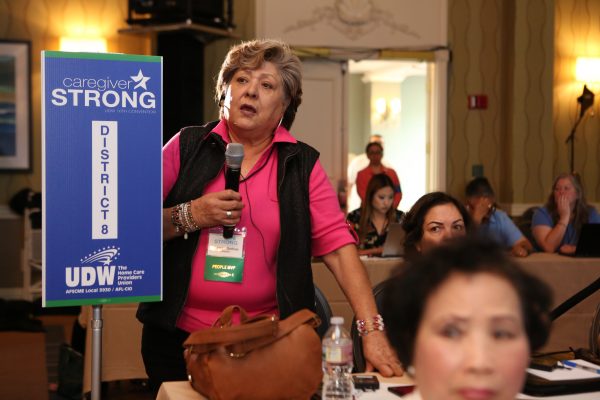 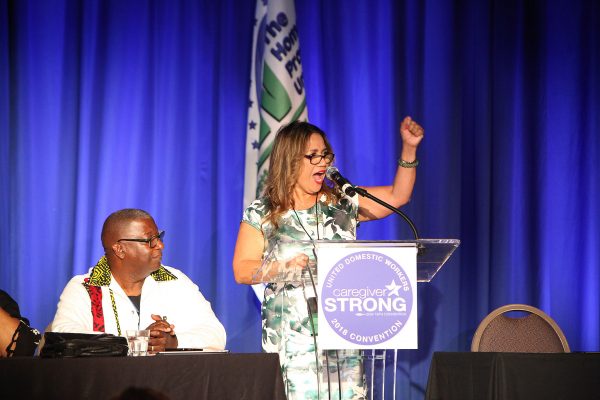 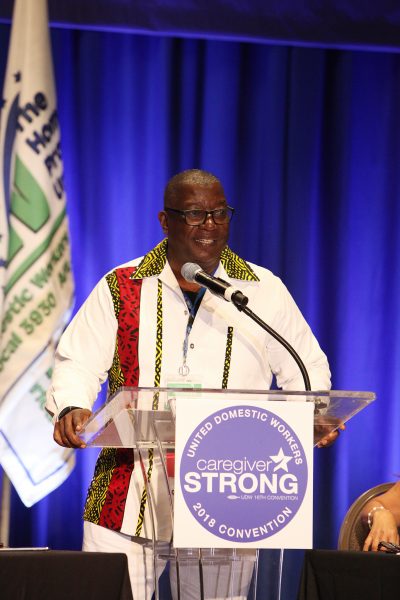 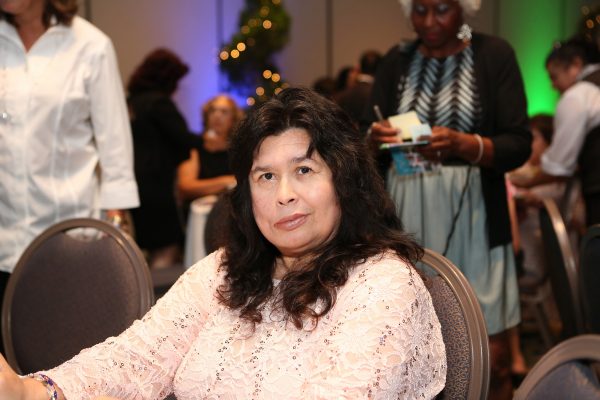 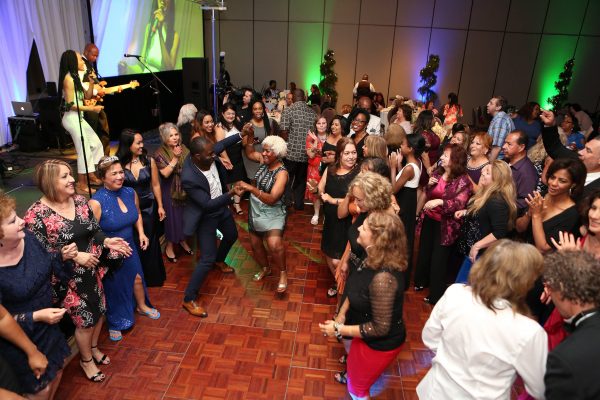 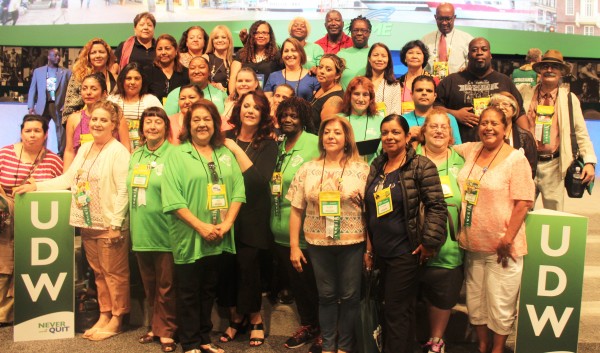 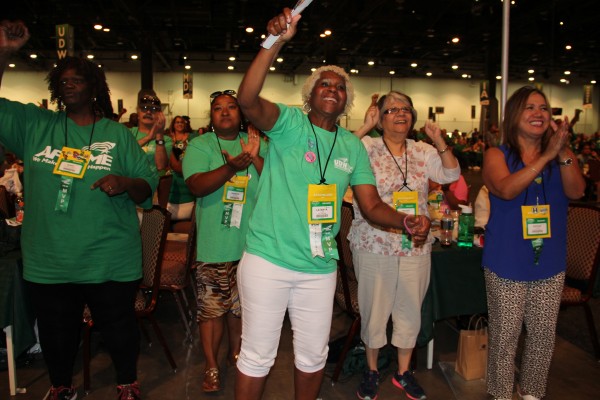 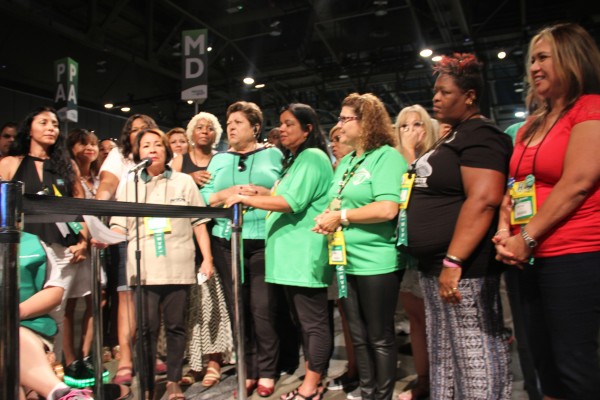 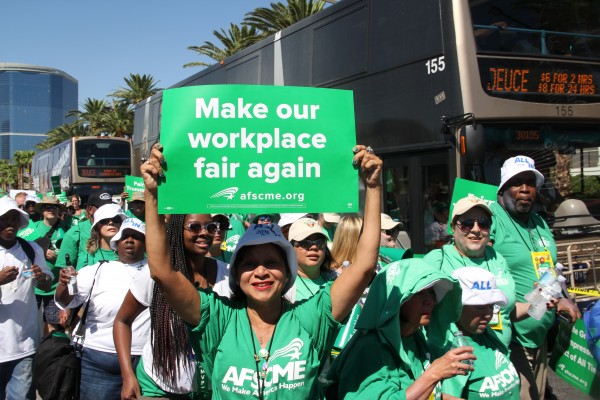 We’re at the start of a new and exciting year for UDW. All that we accomplished together in 2015 has put us in a great position to win even more for homecare providers and our clients and loved ones in the New Year. But before we move forward, let’s reflect on where we’ve been.

2015 began with the disappointing announcement that Governor Brown chose to go back on his promise to pay IHSS providers overtime, travel time, and medical wait time.

“I don’t think it’s right,” said Riverside County IHSS provider Jose Diaz when the decision was announced. “We aren’t trying to get rich. We just want to be paid so we can support our families.”

In the face of this devastating news, we fought back. At our Justice for Homecare Tribunal in March, we put the state on trial for its unfair treatment of IHSS providers and our clients. “We need to invest in this program, so it’s available when we need it,” said IHSS recipient Chantal Morris during her tribunal testimony. “And we need to invest in our workers, so they are there to do the job when we need them most.”

Also in March, we held our 15th Constitutional Convention, where it was announced that after over a year of hard work on the part of our member organizers, UDW was 30,00 members stronger. At convention we also welcomed our sisters and brothers of CUHW, and in 2015 we grew from a union of 67,000 homecare providers to nearly 90,000. We were joined by homecare providers from across the world, and passed important resolutions pledging our support to Black Lives Matter and other community-based efforts.

In April and November, UDW caregivers joined the Fight for $15 alongside fast food workers, adjunct professors, and other low wage workers. We committed ourselves to winning justice for all working families, because all workers deserve a living wage and the ability to provide for our families. We solidified this commitment further when we began working to uplift the work of family child care providers, who like homecare providers are undervalued for the work they do to support working families, and many of California’s children.

This summer we defeated the harmful, recession-era 7% cut to our clients’ hours. We converged on the Capitol to demand full restoration of IHSS clients’ hours, and we were heard! In June, Governor Brown signed the current budget, which ended the 7% cut for one year.

In November, after months of demanding #Overtime4Caregivers, the state announced it would finally pay IHSS providers overtime pay for the first time in history. Overtime and other labor protections for homecare workers begins on February 1, 2016, and eligible providers will also receive pay for same-day travel between IHSS clients and medical accompaniment time. “This is a historic victory that is well deserved,” said San Luis Obispo District Chair and IHSS provider Allene Villa. “It shows that leaders know providers mean something and we matter.”

Throughout the year we continued our efforts to win better wages and benefits for homecare workers at the county level, and caregivers in San Diego, Riverside, and Orange counties move forward with state-level bargaining for the first time ever. “I’m here not just for myself but for all homecare workers,” said UDW caregiver Marcus Haynes of Riverside County. “Our team is very strong, and we will win. I don’t want people to starve while they are doing great work, God’s work.”

2016: The Year of the Homecare Worker

One thing people don’t seem to understand about homecare workers is this: we never quit. We don’t quit on our clients and loved ones, we don’t quit on each other, and we won’t quit fighting to protect the homecare program in California.

We deserve dignity and respect, and this year we’re going to demand it! We’re going to work together to end the 7% cut to our clients’ hours for good, and by any means necessary—because dignity can’t wait. We will continue our fight to win retroactive overtime pay for IHSS providers. We’ll work on improvements to the IHSS timesheet process. And together, we will use our strength as a union to help elect the next leaders of our state and country.

I look forward to working with you in the coming months and years. We won’t stop until we win justice.